From a recipe on the internet:

A small food processor on high speed may be used to grind chilies and cumin or use a dedicated coffee grinder for fresh spices (a great $15 investment for fresh spices anytime - your pallet will thank you)!

... when a doctor uses a stereoscope to check on a patient's lungs!

In a story with D/s dynamics, I kinda doubt that a "collard Sub" is quite the image you were aiming for. Right? 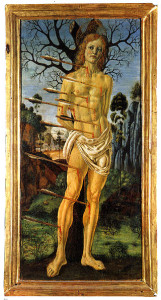 A character was described by their writer as "Fully Fletched", and all I could think about was Saint Sebastian, looking rather like a pincushion.

"It was limpid Dumbledore had all but voiced he was going to do the opposite." Lol what?

Seriously, this is a good fan fic but there's so much of this going on in it. Some of the words they use aren't even words! Also a lot of weird word order going on, like " 'blah blah,' sadly Alexandra said." It's jarring.

We hope to see you in one of our restaurants enjoying our fires soon.

A “gastric boom" sounds to me like something that might shatter the porcelain.
Stokes, why on earth would anyone want to join that????

Since the issue’s editorial focuses on the increasing popularity of vegetarian cuisine, the word you want is “gastronomic” boom.

This seed house really should have invested a few dollars in an editor for the cover of their current catalog. 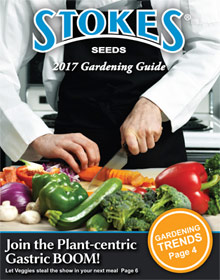 ... and the narrator has come to the mid-1980s, when it seems the killer was taking a break.

But no matter how much of a break the killer took, there is no way that you can state that "the number of bodies they had found dropped." Not unless some of them were mysteriously rising from the dead and returning to life, spending their remaining days among us like zombies.

(Yes, I think they meant "the rate at which they found bodies dropped", as in no longer a body every week. But honestly....!)

... but when I saw a search for a book, and the summary said "heroine goes to the ex lovers weeding", my first thought was "How sweet - they may not still be together but at least they still care for the garden.

... when you want to get up close and personal with the love of your life. (Or the person you lust after, as the case may be.) However, trying to woe them might not exactly produce the desired result.
Collapse